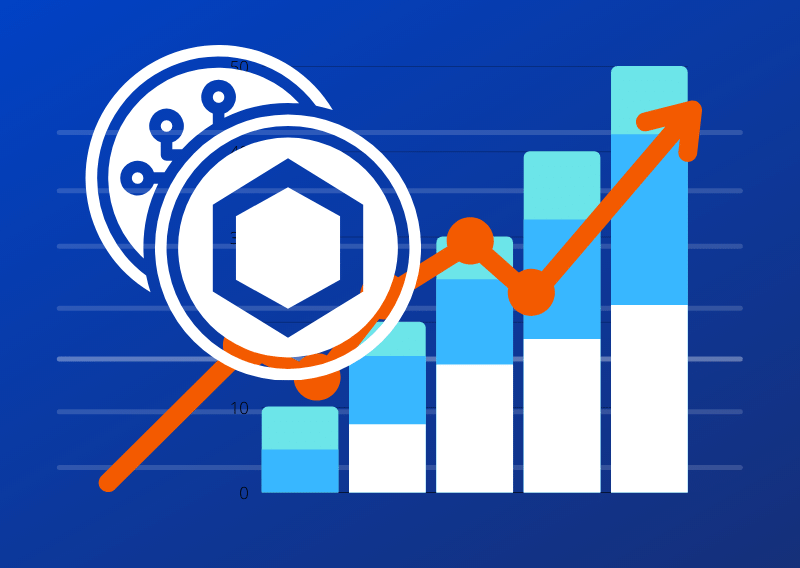 Bitcoin (BTC-USD), Ethereum (ETH-USD), and Chainlink (LINK-USD) are the most blue-chip cryptocurrency assets. Bitcoin is a storage of value, Ethereum enables decentralized applications, and Chainlink provides trustless data feeds for such applications. Each are fundamental to the long-term growth of the global cyber-economy. Of these three assets, Chainlink is currently the most undervalued.

So, Ethereum is a platform where blockchain developers can build and host decentralized applications. However, the initial release of Ethereum back in 2013 came with three major problems:

Presently, Chainlink has already achieved its 2017 goal of becoming an essential source of trustless data for decentralized applications. In April, however, Chainlink expressed some much more expansive ambitions with the release of its Chainlink 2.0 whitepaper. Going forward, Chainlink will provide a broad suite of decentralized services to be used by both blockchains and private enterprises.

If the ambitions expressed within Chainlink’s 2.0 whitepaper come to fruition, the ramifications will be immense. In the paper, the Chainlink team expressed its vision of a global economy backed by ‘cryptographic truth’. Where it currently sits, Chainlink is positioned to become the primary bridge between the legacy internet, the decentralized internet, and the real-world. 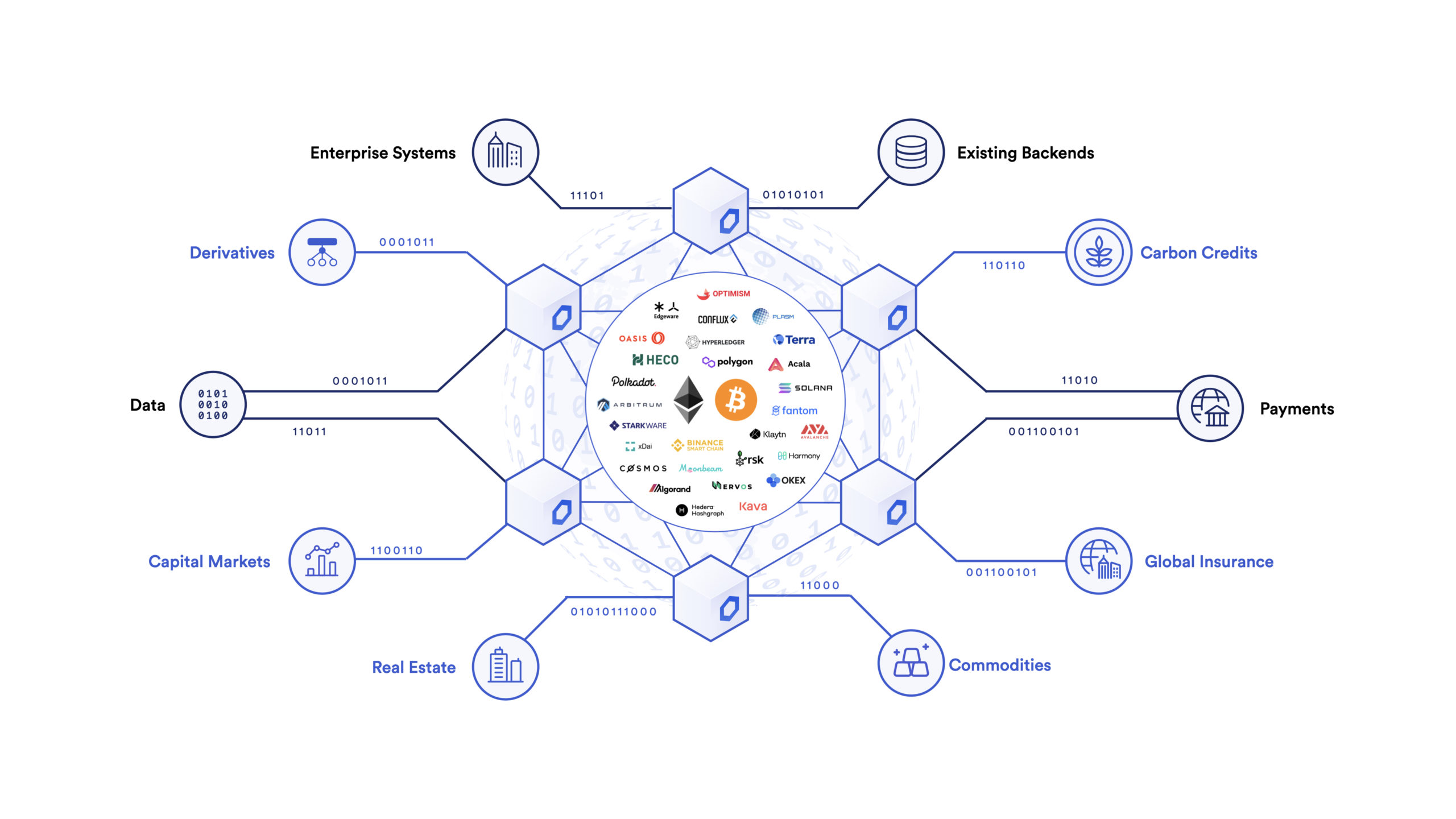 At Chainlink’s recent Smart Contract Summit, Co-founder Sergey Nazarov stated that Chainlink is prepared for a world where all financial contracts are composed as smart contracts, or code that is stored and executed on a blockchain. As decentralized applications become increasingly complex, society will shift away from a ‘trust-us’ centralized model in favor of auditable, secure, and trustless executable code.

By allowing for off-chain storage and computation, Chainlink’s hybrid smart contracts solve the third fundamental problem with Ethereum I previously listed (the inability to process computationally heavy transactions). Going forward, if an Ethereum application wants to run a voluminous task, it can outsource the work to Chainlink. This is huge, in that now blockchain applications may perform all the same functions that legacy internet applications accomplish.

Chainlink’s oracle service is currently integrated with between 50% and 80% of all DeFi applications. Since Chainlink’s presence is already so expansive, the project is positioned perfectly to act as a connective bridge between all of crypto’s separate blockchains. Chainlink’s Cross-Chain Interoperability Protocol seeks to create a new open-source standard for cross-chain communication. Essentially, Chainlink plans to become the fundamental operating system for cross-chain token movements and messaging. Once again, this creates new opportunities for decentralized applications. Celsius (CEL-USD), for example, plans to use Chainlink’s interoperability protocol to tap into DeFi yields.

In my assessment, Chainlink is currently sitting in a buy position. Ethereum seems to be absorbing most of the hype in the crypto market due to its ongoing NFT craze. As of August 30, Chainlink is placed at an all-time low versus Ethereum (0.007 Eth / 1 Link). Since its mainnet launch in 2019, Link has had major support around 100% above this price on the Ethereum chart (0.01 – 0.02 Eth / 1 Link). 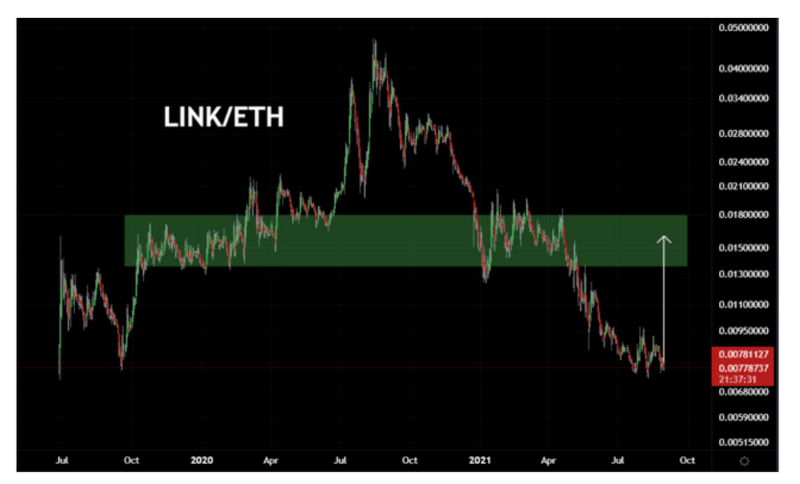 If Chainlink can once again reach 0.02 Eth per Link, at Ethereum’s current price, this would place the Link token at about $65, or a 2.6x increase from its current price of $25.

Taking a more long term approach, it’s my opinion that Chainlink belongs to be a top 3 market cap coin. Some of the current top 10 coins don’t deserve their market capitalizations (for example, Cardano (ADA-USD) with $87 Billion, XRP (XRP-USD) $51 Billion, and Dogecoin (DOGE-USD) $35 Billion). Presently, near nobody uses these coins for their utility. Instead, all the investors are speculators. This surplus of short-term traders is a direct result of the crypto-economy still being in its infancy. In the end, utility should win over speculation.

At today’s prices, if Chainlink were to become a top 3 coin, its token price would equal about $200 per Link.

Overall, there are two risks associated with securing the Link token as an investment.

The key takeaway is that Chainlink’s improved suite of decentralized services are ‘accelerating the adoption of cryptographic truth’. Chainlink is specifically poised to expand total cryptocurrency adoption by increasing the overall utility of decentralized applications. Through Chainlink, private enterprises may collectively gain access to the benefits of DeFi, and other applications such as ownership rights, insurance processes, payment rails, and capital markets will have the opportunity to become decentralized.

The three most blue-chip assets in crypto (Bitcoin, Ethereum, and Chainlink) are all simultaneously experiencing major improvements within the next year.

All this, combined with Bitcoin’s distance from its past halving event, seems to be creating a perfect bullish storm for cryptocurrencies near the end of 2021. Of crypto’s most blue-chip assets, Chainlink currently seems to be the most undervalued and under-hyped.

Courtesy of: Stephen Tuttle (via SeekingAlpha)
All opinions are the author’s own.